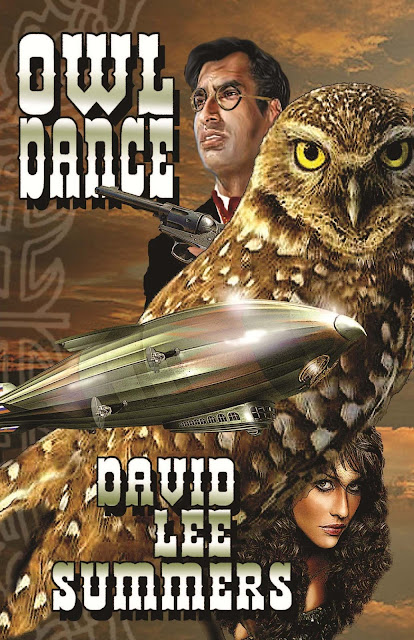 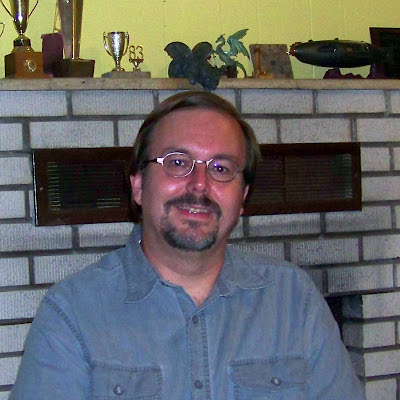 David is the author of seven novels and over one hundred short stories and poems.  His writing spans a wide range of the imaginative from science fiction to fantasy to horror.  David’s novels include The Solar Sea, which was selected as a Flamingnet Young Adult Top Choice, Vampires of the Scarlet Order, 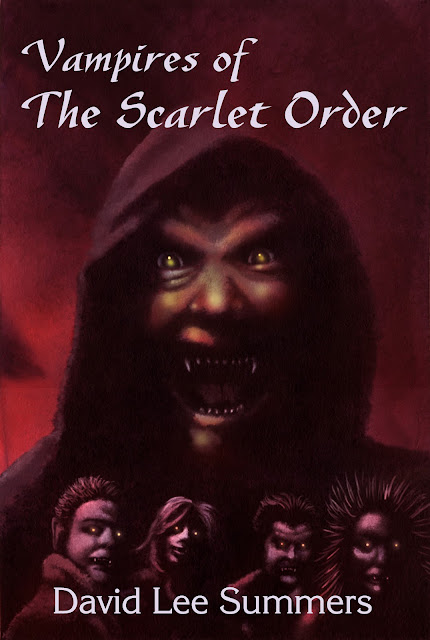 which tells the story of a band of vampire mercenaries who fight evil, and Owl Dance,

which is a wild west steampunk adventure.  His short stories and poems have appeared in such magazines and anthologies as Realms of Fantasy, Human Tales, Six-Guns Straight From Hell, and Bad-Ass Faeries 3: In All Their Glory.  In 2010, he was nominated for the Science Fiction Poetry Association’s Rhysling Award and he currently serves as the SFPA’s vice president.  In addition to writing, David edits the quarterly science fiction and fantasy magazine Tales of the Talisman and has edited two science fiction anthologies, Space Pirates and Space Horrors.  When not working with the written word, David operates telescopes at Kitt Peak National Observatory.

I’ve been creating stories for as long as I can remember.  When I was about eight years old, I read a book called The Trouble with Tribbles by David Gerrold.  It was the story of how he wrote and sold the script of the same name to Star Trek’s producers.  I thought it sounded like a really cool profession and I’ve been serious about my writing since then.  I was on the school newspapers in both junior high and high school.  Even though I actually went on to pursue a degree in physics, I attended writer’s workshops and worked on stories all through college.  I finally began to sell my writing in the mid 1990s.

What I like best is when I really get into the flow of writing and I can visualize what I’m typing.  At that moment, it’s almost like I’m watching the best movie in the world.  The characters are living their story and I’m a vital part of it.  The part I find the most difficult is marketing my writing.  That said, the one thing that keeps me going is that I’ve made some really great connections and lasting friendships with readers and fellow writers who have enjoyed my work.

I have a “day” job operating telescopes at Kitt Peak National Observatory.  So I work about a week of nights from sunset to sunrise, then get a week off.  So, I don’t tend to write in a regular daily pattern, but I do try to write as much as I can during my days off.  I do tend to outline.  My outlines are generally fairly loose.  Basically, I’ll write a paragraph or so for each chapter.  That gives me a sense of plot structure and I also know about how the book will end, but I try to leave it loose enough that my characters can breathe and develop on their own.

Some of the writers who really influenced me when I was younger and just starting out were science fiction writers like Robert A. Heinlein and A. Bertram Chandler.  New Mexico writers Tony Hillerman and John Nichols were also very influential.  Some contemporary writers who I really admire are Richard Harland, Trent Zelazny, and Ernest Hogan.  Richard has seen some mainstream success with his steampunk novels Worldshaker and Liberator.  Trent writes some of the best noir and horror fiction I’ve read.  Ernest writes no-holds-barred, gonzo science fiction.  All of them are worth checking out.

Although it’s a little awkward looking, the question mark should be outside, because you’re not quoting a question.  The question is the overall sentence.

I don’t have a strong feeling one way or the other about the Oxford Comma.  However, if you’re going to use it, you should use it consistently!

7. What is your latest book Owl Dance about and how did it come to fruition?

Owl Dance is a wild west steampunk adventure set in 1876.  It tells the story of Sheriff Ramon Morales who rescues a Persian healer named Fatemeh Karimi from being burned at the stake for witchcraft.  Soon afterward, an ancient lifeform called Legion comes to Earth, and Ramon and Fatemeh are pulled into a series of events that will change the history of the world as we know it. In their journeys, Ramon and Fatemeh encounter mad inventors, dangerous outlaws and pirates. Their resources are Ramon's fast draw and Fatemeh's uncanny ability to communicate with owls. The question is, will that be enough to save them when Russian airships invade the United States?

The idea first came about when I was asked to write a story for the anthology Trails: Intriguing Stories of the Wild West.  I’d heard a story of a witch who used to live in my town of Las Cruces, New Mexico.  I went to the cemetery looking for her grave.  It turns out, I was sent to the wrong cemetery.  Instead of finding her grave, I found a nest of burrowing owls.  I found out I could whistle at them and they’d whistle back and do a little dance.  I went back a few times and built something of a rapport with the owls.  It occurred to me that a woman in 1876 New Mexico who had strange healing abilities and a similar rapport with owls might well be seen as a witch and the story took off from there.

Currently I’m writing a sequel to Owl Dance called Wolf Posse.  In the novel, the Russians have control of the Pacific Northwest.  Ramon and Fatemeh along with the inventor Professor Maravilla and the bounty hunter Larissa Crimson must work together to set things right.  This all presumes the Clanton Gang doesn’t throw a wrench into the machinery!

I’m having some fun working my way through the classic Penny Dreadful Varney the Vampire.  I’m also reading a pre-release copy of a fantasy novel called Seven Exalted Orders by Deby Fredericks, which is soon to be released from Sky Warrior Publishing.  The latter is one of the best fantasy novels I’ve read in a while.

My wife and my two daughters are my biggest inspiration.  They have a lot of enthusiasm for my writing and enjoy traveling with me to science fiction conventions to help me promote my work.  They keep me going even on the most difficult days.

Owl Dance is my seventh novel.  In addition to steampunk, I have written the Old Star/New Earth science fiction series and the Scarlet Order vampire books.  Book one of the Old Star/New Earth series, The Pirates of Sufiro, is available absolutely free from Amazon and Barnes and Noble for your Kindle or Nook.  Each of the other three books in the series is only $2.99 in their ebook formats.

You can learn about all my books and read the first chapter of Owl Dance at http://www.davidleesummers.com/books.html

I have a blog devoted to my vampire stories and books with excerpts and purchase information at http://dlsummers.wordpress.com

Great!  Thank you, David, for sharing your work with us.

Be sure to visit David's website and read the first chapter of Owl Dance. And visit his blog to purchase his other books.
Posted by Ryan Schneider at 7:09 AM 2 comments: