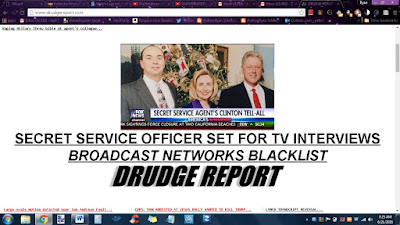 Posted by Ryan Schneider at 4:28 AM No comments: 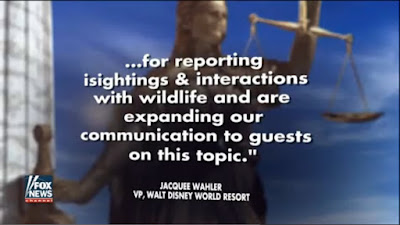 Posted by Ryan Schneider at 1:30 PM No comments:

That's supposed to say 'causal', meaning that it is a direct cause.

Come on, people; this is not a tweet; this is a graphic on a major news network. You're better than that. 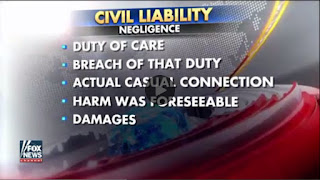 Posted by Ryan Schneider at 10:56 AM No comments: 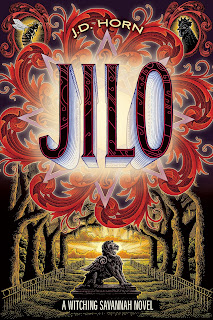 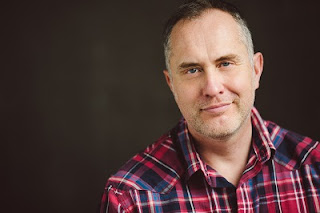 J.D. Horn was raised in rural Tennessee and has carried a bit of its red clay with him while traveling the world, from Hollywood to Paris to Tokyo. He studied comparative literature as an undergrad, focusing on French and Russian in particular. J.D. also holds an MBA in international business and worked as a financial analyst before becoming a novelist. His newest novel, Jilo, is a standalone prequel to the bestselling Witching Savannah series. Previous titles in the series are The Line, The Void and The Source. Along with his spouse, Rich, and his furry coauthors, Duke and Sugar, J.D. divides his time between Black Butte Ranch, Oregon, and San Francisco, California


1. How did you get into writing and why do you write?

I see a desire to write as the natural extension of the love of reading. I began writing (on a typewriter even—yes, I’m that old) in high school, though, perhaps happily, none of my writing from that period survives. I completed my first, still unpublished, novel twenty years ago, and got really beaten up and discouraged by the attempt to find a publisher. Years later, my spouse uncovered the manuscript and encouraged me to give writing—and attempting to get published—another go. It took a few more years, but this time it worked.

I love writing. I love storytelling. The part I find most difficult is the marketing side of being an author. Building an audience isn’t easy, and it can be hard to keep the focus on your work, rather than on aspects of your personal life. Sometimes it’s difficult to gauge just how much of yourself you should share with readers and potential readers. 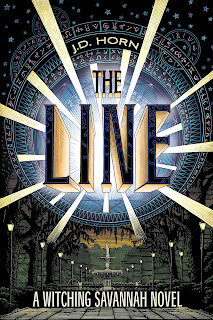 3. What is your writing process, i.e,, do you outline? Do you stick to a daily word or page count, write 7 days a week, etc?

I start with a loose summary, but I’m essentially a pantser…which makes it difficult when you’ve sold a story based on a summary. I find, though, that in the writing, sometimes a character I thought would be minor flares to life, and helps drive the story. In The Line, the role of Jilo—the titular heroine of my latest release—was originally intended to be nothing more than a mention of her name in relationship to another character. That character, Martell, ended up disappearing, both figuratively and literally, from the story, to be replaced by Jilo herself. Jilo became the breakout character of the series and the hands-down favorite of most of my readers. So, yeah, I like to let the story grow organically, rather than force it to fit an outline composed weeks or even months earlier. Of course the hard part becomes convincing your publisher that the book you wrote really is the book you promised them. 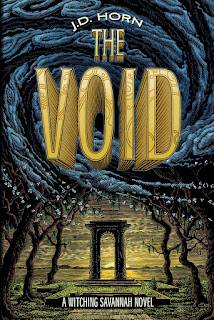 I was a Comparative World Literature major undergrad, so, basically, you can include most of the dead white male author club. Contemporary writers, especially those who have influenced me include Douglas Adams, Charlaine Harris, Armistead Maupin, Anne Rice, Alice Hoffman, Alice Walker, Kim Stanley Robinson, among many others. It’s funny, though, whenever I’m asked this question, my mind leaps to writers of fiction, but recently something happened to remind me how influential two nonfiction books about Savannah, John Berendt’s Midnight in the Garden of Good and Evil and Margaret Wayt Debolt’s Savannah Spectres, were on my Witching Savannah series. Without these two books, there would be no Witching Savannah.

6. What’s your stance on the Oxford comma?

I’m a fairly recent convert to Team Oxford Comma—within the last three years, actually. One day, I found myself writing a sentence—cannot remember what it was—but realized that without the Oxford comma, my sentence had a meaning that was very different from the one I’d intended. It was my road to Damascus. I saw a flash of light, and became an instant evangelist.

7. What is your book Jilo about and how did it come to fruition?

Jilo is a standalone prequel to the Witching Savannah series (The Line, The Source, The Void). It can be read (and enjoyed) without having read the other three books in the series. It’s a separate entrance to the Witching Savannah world. After the first three books, my publisher allowed me the opportunity to revisit the world, and I knew without a single doubt that I wanted to spend more time getting to know Jilo Wills. When we meet Jilo in The Line, she’s in her eighties. I wanted to go back and get to know her as a young person, get to see how she grew into the woman she became. The problem in writing this prequel was that the polished and genteel city of Savannah that we know today, was—during the period of Jilo’s early life—rundown, rife with corruption, and stained by the sin of the Jim Crow laws. Even though the Witching Savannah series is a fantasy series, I couldn’t write Jilo without addressing these facts.

I have two projects vying for my attention. The first is a new paranormal series set in New Orleans, and the other is a new mystery series set in my old neighborhood in Portland, Oregon.

I’m in full research mode, so I’ve just finished Tom Piazza’s Why New Orleans Matters, Bloody Mary’s Bloody Mary's Guide to Hauntings, Horrors, and Dancing with the Dead: True Stories from the Voodoo Queen of New Orleans, and am about to crack open Kodi A. Roberts’s Voodoo and Power: The Politics of Religion in New Orleans, 1881-1940. And before you start thinking I’m writing yet another NOLA Voodoo book, think again. I’ll be taking this series in a whole new direction. In my series, Voodoo will be given the respect a religious and historical movement deserves; it won’t be about sticking pins in dolls and raising zombies.

My original inspiration was my love of storytelling. Now, though, I have to admit, my readers inspire me. Their enthusiasm for my books, and their love of my characters, make me want to keep bringing new work out. Of course, as I mentioned earlier, it was my spouse who gave me the original push—and who continues to give me a kick in the pants, whenever I lose my way.
Finally, is there anything you’d care to add? Please also include where people can read your published stories, buy your book, etc.

You can find my books on Amazon.com, BarnesandNoble.com, Powells.com, basically all the .coms. BUT if you want to make me really happy, please go to your local library and ask them to order it. That way, when you’re through, the books will be there for others to discover.

Please visit with us again when your next book is ready.


Be sure to grab your copy of Jilo today!

Posted by Ryan Schneider at 4:36 PM No comments: