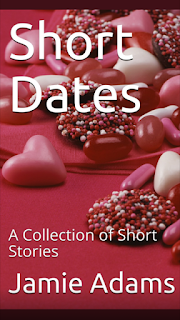 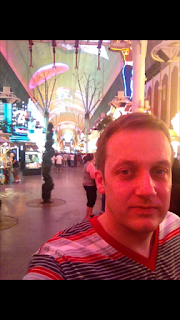 Jamie is a 40 year old teacher who is looking to find an outlet for his creativity through the medium of writing both short stories and Novellas.

I write because lots of interesting story snippets are whirling around in my head and I want to let them out. As a teacher I have taught English in school for many years and studied many genres along the way. I want to explore my own style and have some fun along the way.

I like the process of making a story up, or as I say, letting it out!
The hardest thing for me is writing endings so I keep them short and sweet, as for me, stories are all about the build up and twists.

3.What is your writing process? IE do you outline? Do you stick to a daily word or page count, write 7 days a week, etc?

I work four days a week and write on my day off. I also usually write for an hour or so every evening; usually more, as I often get carried away.

I adore the work of Joanne Harris, who wrote the best seller, ‘Chocolat’ and many other best sellers. I also like reading Roald Dahl’s work to the children and enjoy his adult books.

6.What’s your stance on the Oxford Comma?

I have no stance.

7.What is your book Short Dates about and how did it come to fruition?

I wanted to challenge myself to create a collection of stories loosely connected by the idea of dates or dating. Some stories relate to finding love and others reflect on different and often lost loves.

I am writing a Novella about three dads whose children go to the same school. They are trying to keep together difficult marriages when a dramatic occurrence drives a wedge between everyone and then binds them together.

I am reading a short story book called, ‘A Cat, a Hat and a Piece of String,’ by Joanne Harris.

10.Who or what inspires your writing?

I am inspired by the children I teach who spend a long time trying to improve their writing and make me want to do better myself.

Congratulations, once more, upon publishing your first literary work. It takes a lot of work and a lot of courage to do so. Please visit with us again when your novella is ready.

Be sure to grab a copy of Jamie's book from Amazon today!

Posted by Ryan Schneider at 1:55 PM No comments:

What Makes a Good Book a Good Film?

What makes a book a candidate for a good film?

Sometimes, it's the visuals; the story is quite cinematic, begging for a visual representation.

Also, a thoroughly-visualized world (one perhaps not recently seen) is important. Think Harry Potter (the novel manuscript of which, you'll recall, was roundly rejected by all publishers for over a year; oops).

For other books, it's not about the visuals so much as it's about the story, the theme, the message, whether it be serious, quirky, or otherwise. Cohen Brothers films come to mind. You always know you're going to get something wacky yet thought-provoking with them.

No Country for Old Men, for example; which, interestingly, began as a screenplay, became a novel, and then became a movie; so, there are no rules; like William Goldman said: If it works, it's right.

And, finally, it is very much that unknown element which is an almost-mystical combination of cultural and strategic business synchronicities. The process of a book being written, edited, published, adapted, and the film version being produced, with the thousands of people involved (along with a lot of financial investment) is such a massive process, it's a wonder books are published and films are produced.

Yet, despite the significant resources required to do so, both are still art. And art is subjective. That, I believe, is the majority of our answer.

Posted by Ryan Schneider at 1:08 PM No comments: