August 01, 2022
Today's post is a follow-up conversation with Roy Huff, author of the Everville and Seven Rules of Time Travel series. 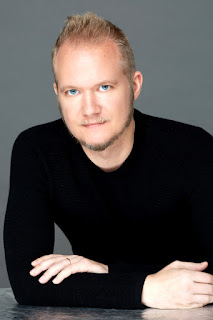 So, Roy, it's been an...interesting past couple of years. What's new with you?

It has been interesting. Two more books in the Seven Rules of Time Travel series, an audiobook deal
with Podium audio, and a whole host of challenges, but a lot to be thankful for.

I'm sure people would love to hear more about the books. Would you care to elaborate on the Seven Rules series? How many books there are to date, how many you're planning, and what it's about?

And then tell us more about how the Podium audiobook deal came about.

Currently there are three books in the series. I will likely do two to four more, but it has the potential to go for much longer.

The story itself centers around a character, Quinn Black, who discovers he can travel through and loop time. That ability confronts him with a host of challenges and opportunities which he explores. Later books in the series reveal more about his power and even more conflict. It makes one think, what would you do if you had the power to loop time?

The Podium deal came out of the success of book #1 in the series. I received other offers as well, but was honored when Podium approached me about the series and signed shortly thereafter.
Book #3, Time Travel Tribulations is currently available for preorder on Audible, and will be live on August 9th. It's narrated by Chris Ciulla, who's worked on projects in both the Star Trek and Aliens universes.
The first two books in the series are narrated by Christopher Lane who narrated for Michael Crichton, Philip K. Dick, Dean Koontz, and numerous other New York Times bestsellers.

That's so cool! Bravo and congratulations.

What if you could rewrite the past? 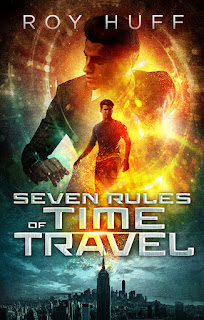 BUY NOW
Quinn Black is having the worst day ever . . . over and over again. The same car blocking his driveway, the same horrific accident he witnesses, the same cop that keeps preventing him from saving his boss from dying in it, and the same memory of a girl from his past that gets sharper each time.

Then he realizes he has the power to travel through time and change the future. With infinite opportunities to alter the past, the possibilities are endless. Could he prevent terrorist attacks? Natural disasters? The deaths of friends? Or even go back in time and say the right thing to the girl who haunts his dreams?

Unfortunately, the rules of time travel are more complicated than he imagined, and before long, Quinn is thrust into the greatest race in human history. His actions can either save the world or destroy it. And now the man who can turn back the clock is running out of time.
BUY NOW

Book #2 The Trouble with Time Travel 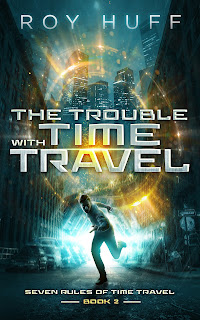 BUY NOW
In the four years since he traveled through time to save the world, Quinn Black has settled happily into life as a new space race billionaire, despite the fact he’s no longer able to travel or loop time.

But before long, things start to go horribly wrong. The system he created to save the planet mysteriously begins to malfunction. His team receives a cryptic message, and he’s hurled back into the past once again . . . but with a twist. Now, instead of trying to go back in time, he’s desperate to travel in the other direction and get back to the future.

As he joins forces with a young Dr. Green to help him find his way back to 2025, Quinn discovers a sinister plot, one so complex that Quinn may not be able to unravel it. Now Quinn must change the course of history once again. . . or risk erasing his own.
BUY NOW 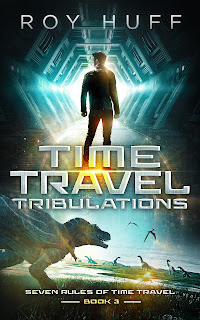 BUY NOW
When something knocks Quinn Black and his team through an anomaly, he finds himself on a crash course with what appears to be an uninhabited planet. With an object of mysterious origin orbiting the system and his crew under attack from an unknown source, one thing is clear: they are not supposed to be there.

Unfortunately, that’s just the beginning of their problems. Thrust into time loops and a seemingly parallel world where dinosaurs roam, someone is deliberately sabotaging them. But who would want to send them there, and why? And can they stay alive long enough to find their way back home? 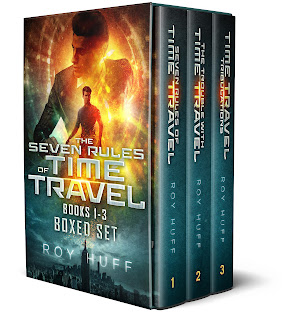 BUY NOW
Sounds exciting! If you're a lover of time travel stories like me, click the link below to grab your copies now!
http://www.amazon.com/Roy-Huff/e/B00BCX199A/
*I receive no monetary or financial compensation when you purchase any of the above titles.
#authors #books #WritingCommunity #amwriting #amwritingfiction #novels #timetravel 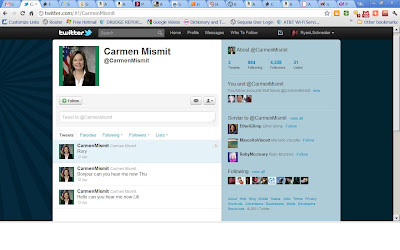 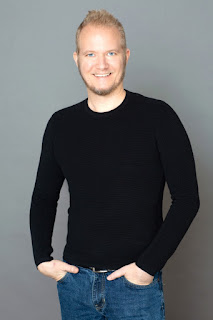