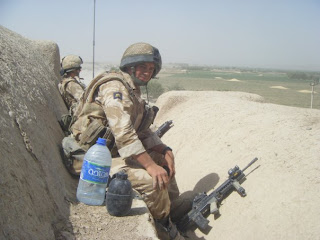 
Phillip is the author of LANCEJACK (The Union Series).


The first book in The Union Series is C.R.O.W. 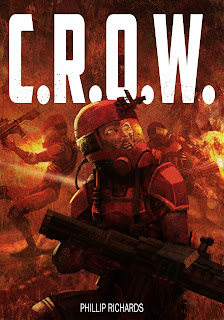 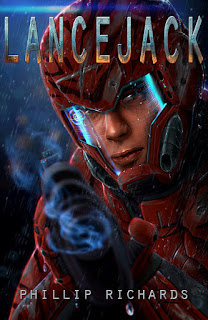 Tell us about yourself, Phillip.

I joined the army at the age of seventeen after pretty much dropping out of college. Let’s just say I didn’t do very well on my mock exams! Funnily enough, though, it actually worked out alright for me in the end. I’ve been in the army for 12 years, and have completed several tours in Kosovo, Iraq and Afghanistan. I'm now a sergeant, having just returned from my most recent tour in Helmand. My job is a busy one, often involving long hours, but I still find the time to pursue my old childhood hobby, writing science fiction. I have recently had the honor of publishing my second ebook, LANCEJACK, and am already planning a third!

I’ve enjoyed writing for nearly as long as I can remember, in fact I still have my first ever complete written story which I wrote when I was eight years old! I used to love writing short stories, mostly science fiction, although it was always a secretive affair. Don’t ask me why, but I hated people seeing my work, I only wrote for my own enjoyment. It was only in the last few years that I thought I would try to write a full novel, and even then the intention was never to attempt to publish it. I think it was my mum who persuaded me to do that, good old mum!

There is absolutely nothing I dislike about writing itself! If I didn’t love to do it then I would never have bothered! I love being able to allow my imagination to run wild, visualizing everything I write as though I were directing my own movie. It’s also wonderfully therapeutic, because it allows me to explore emotions and memories that sometimes stay locked away. Publishing my work and seeing people read and enjoy it has to be the icing on the cake, though. I never thought that my books would actually sell many copies, to be honest I was thrilled just to see my book on Amazon!

I wish I could write seven days a week! Alas, since I am a platoon sergeant I spend a huge amount of my time administrating my soldiers. It’s like being the father to thirty children, all of whom like to drink! Once I have my plot and characters mapped out I tend to write about five pages a day- when I’m free. To some writers that may sound pathetic, but believe me, in my line of work that’s a hardcore part time job!!

There are so many writers whose books I enjoy that I almost feel bad having to pick some out! Arthur C. Clarke and Terry Pratchett are the first names that spring to mind, both authors whose books I have read repeatedly over the years. I’m presently enjoying the Roman books by Simon Scarrow, a series that I have almost finished in less than two months- he’s written quite a few! I like his books because he clearly has an enormous knowledge about the Roman era, and he uses that knowledge to create stories that are totally believable.

I’m not too sure if I’m stumbling into a trick question, but I’m pretty confident that it should be outside regardless! I think that I agree with the commas, though. Success- in my own opinion- is in creating a good quality piece of literature that people genuinely enjoy. Sometimes a book can sell well on its publicity, rather than by the quality of the work inside.

Well, until I read that question I hadn’t a clue what it even was! I had to look it up on Google! I am most definitely behind the Oxford Comma, firstly because that’s how I have always written, and secondly because it most accurately reflects the way that I speak. I don’t have anything against the other camp, though! The individual way that an author writes is what creates his ‘voice’, and so if he chooses to speak with or without a serial comma then that is his decision!

7. What is your book LANCEJACK about and how did it come to fruition?

LANCEJACK is the second book in the Union Series and the sequel to C.R.O.W. The series follows a young soldier, Andy Moralee, who is enlisted into the Dropship Infantry, an elite unit trained for surface combat on other planets. Andy once again returns to New Earth, a planet ravaged by endless war, only to find that a new enemy threatens to overthrow the Union government.

Both books are influenced by my experiences within the army, altered to fit into a science fiction setting. The overarching theme, though, is that human conflict of any kind comes with terrible consequences. Because of this there are no aliens in my stories, and no ‘clean’ energy weapons. War is brutal, vicious and terrifying, and although I want my readers to enjoy my work, I want them to put my book down remembering just that.

The third installment of the Union Series, Eden. I’m still only at the design stage, but I’m already very excited about it. That’s all you’re getting for now, I’m afraid, I haven’t even decided the release date!

When The Bough Breaks by Chris Nuttal. It’s military science fiction, like my own work. Got to check out my competition!

The Army! Parts of LANCEJACK are inspired by recent experiences in Africa, Iraq and even an exercise in Canada. The military doctrine and tactics are carefully revised and altered to encompass new weapon systems in a realistic manner. The Characters are not real, admittedly, but the way they behave, speak and interact with each other is as real as it gets. My advice is that if you don’t like the troopers in my book then for heaven’s sake, don’t join the infantry!!

Finally, is there anything you’d care to add? Please also include where people can read your published stories, buy your books, etc.

Yes, I would like to thank you for this interview! I would also like to thank all of those people who have bought and read any of my work, it is truly an honor to know that people out there appreciate what I do. Visit my website http://militarysciencefictionblog.blogspot.com/ for news, updates, and for the release of Eden!

Thanks, Phillip. That's impressive that you're writing and publishing novels while on active duty. Hat's off to you, brother. Stay safe and keep writing. Looking forward to Eden.

And thank you for your service.